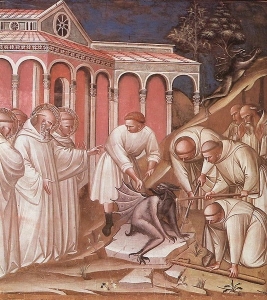 Really excited to be participating in the Balyor Fatih and Film conference at the end of this week. Here’s the outline that I’ll be using for my part of the panel presentation. I’d love your comments and questions as I continue to prepare.

If we accept that we way we portray monsters betrays our most deep-seated cultural fears, then horror movies provide an important peek into the darkened corners of our cultural closet, commenting on the source of our anxieties and mounting significant criticism of contemporary institutions and values.

In the same way that the recent proliferation of “zombie” narratives points to an unease with a strictly materialist account of the soul especially in contrast to our growing technical expertise in the area of bio-engineering, the new upsurge in “exorcism” movies and the abundance of demonic stories on television indicate a significant shift in popular beliefs concerning the nature of religious experience and the Christian church’s ability to effectively shepherd those experiences. I would like to briefly walk you through the some of the motifs standard in contemporary exorcism movies that form what I see as the basis of this criticism.

How is the church to contend with such criticism? I guess the first question is: should it? Considering the number of shows and movies that follow the formula that I just outlined for you, I would say that the church should be concerned with its popular portrayal. Again, it’s also that the new demonic narratives seem directed at the church in a way that’s noteworthy. However, it’s difficult to engage the subject of demonic possession without accusations of primitivism or supernaturalism. On the one hand, biblical stories of possession have been interpreted away from a literal understanding, favoring psychological or medical explanations for the afflictions related in those stories. On the other hand, spiritual warfare has become implicated with abuse of power (insert non-comment about Mark Driscoll or Bob Larsen here). I propose that postmodern philosophy of religion provides a way to turn the light on under the bed, to begin the work of addressing these fears without the necessity of perceiving demons around every corner.